On November 1st, 2021,  the “Because the Ocean” initiative launched its 3rd declaration spreading the resounding message  that ocean protection is climate protection.

The Declaration – described as “a plurilateral initiative in support of a multilateral ocean outcome”– encourages all countries involved in the fight against climate change to integrate ocean-climate-biodiversity linkages in their plans and to recognize the need for more ambition on all sides to tackle climate change and protect the ocean.

The ocean is often described as the engine room of the climate system and H.R.H. Princess Camilla of Bourbon Two Sicilies, Duchess of Castro, today highlighted the essential role the ocean plays in climate regulation by absorbing more than 25% of CO2 emissions and 90% of the excess heat due to global warming. She also referenced the impacts on marine life caused by warming ocean waters, changes in ocean currents, and ocean acidification, as well as the effects of sea level rise on coastal environments, and the growing number of ocean-related extreme weather events. 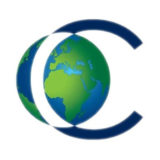